Obsessed with Behavior Modification? How to Redeem Your Parenting 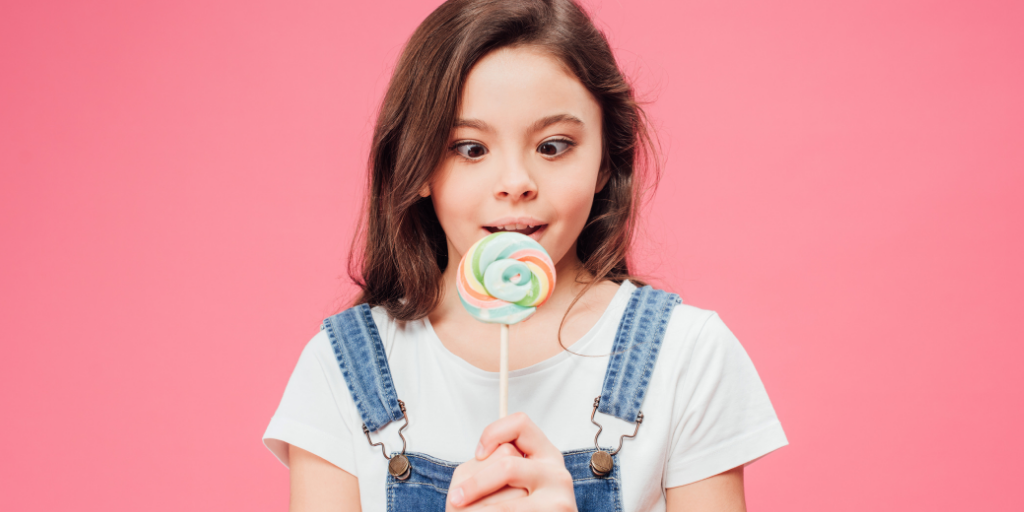 I'm sure you've heard the joke,

"No one is full of more false hope than a parent with a new chore chart."

We laugh because we can relate! We develop a new system. There are rewards. Maybe there are consequences. And for a while, it works. For a while, everyone is excited and engaged. But over time, the novelty wears off ... and we're right back where we started!

Why? Because we didn't focus on lasting heart-change, but only on externally-motivated behavior modification. 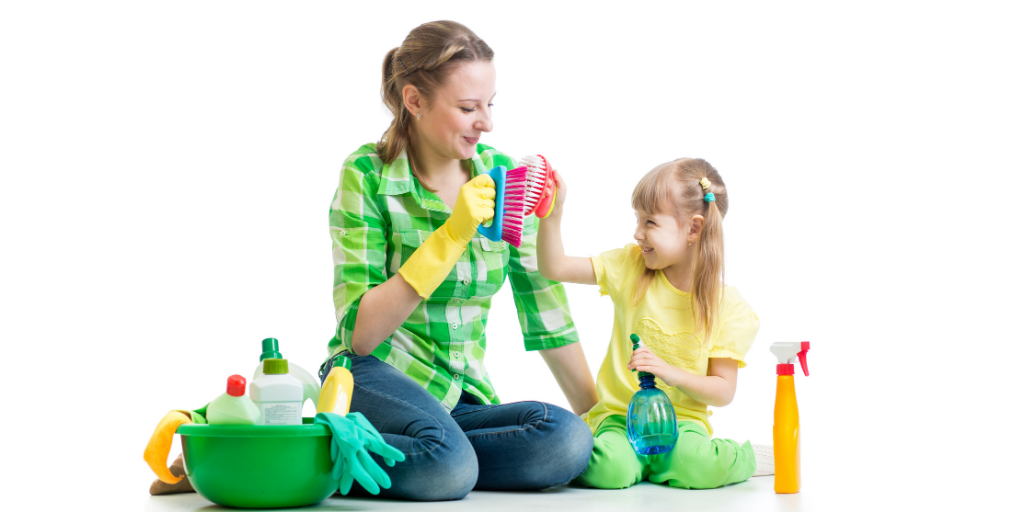 So, how do we help our children to be internally motivated, and to take responsibility for their own growth?

Yep, you might be shooting yourself in the foot before you even begin the process of building internal motivation! 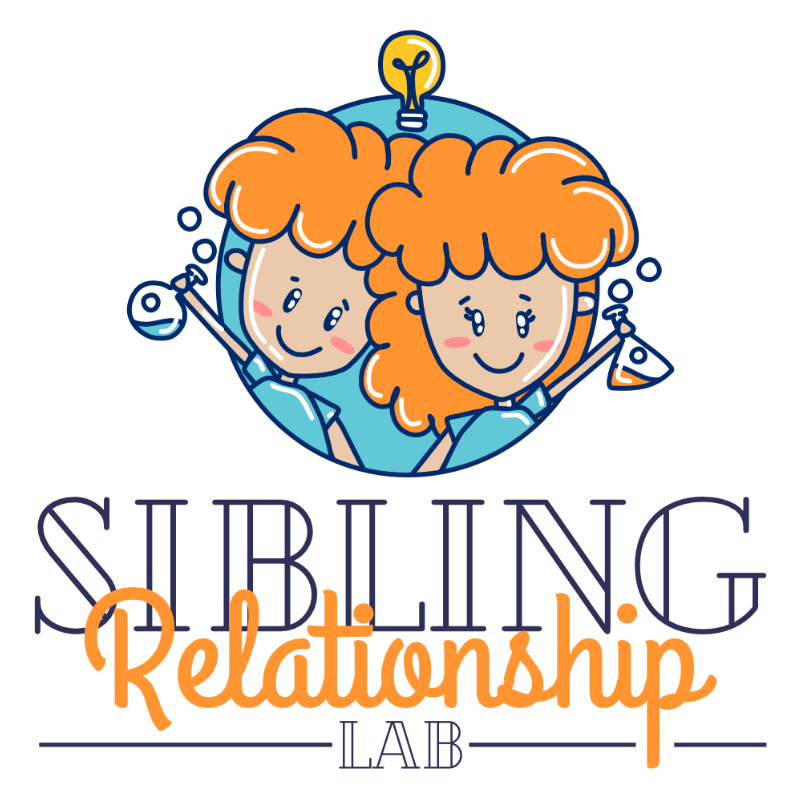 Would you rather listen?

We cover these same ideas in Episode 27 of the Sibling Relationship Lab podcast. Find it on your favorite podcast app or click here to go straight to the show notes.

What is Behavior Modification?

Psychologists and behavioral scientists have studied human behavior in great depth and learned many things that are true and helpful to us in our parenting journey. This is a vast and broad field and I won't attempt to fully describe it in a blog post, but here's a quick summary.

Two names you might be familiar with are Pavlov and Skinner. Ivan Pavlov performed the famous "Pavlov's dog" study. He would present a dog with a dish of food and, simultaneously, ring a bell. The dog would salivate at the presence of the food.

Eventually, the dog would salivate at the ringing of the bell, even without the presence of the food. He showed how correlating the sound with the food caused a behavioral response even to the sound.

B.F. Skinner drew on the work of Pavlov and studied and wrote further about conditioning. He believed in a three-part chain of events: stimulus, response, and reinforcer. He believed that given a certain stimulus (circumstance or event) a person would respond and then the resulting reinforcer (either positive or negative) would determine whether the person was likely or unlikely to repeat that behavior.

Skinner was so convinced of the power of conditioning, that he did not believe in the presence of free will and instead thought that all actions were a reaction to previous cycles of stimulus, response, and reinforcer.

I've linked above to the Wikipedia pages for Pavlov and Skinner in case you want to read further (and follow the rabbit trails linked within). The novel "Brave New World" by Aldous Huxley explores the idea of conditioning as well.

God made humans in his image and he gave us the ability to observe and communicate true things about our environment, and about people and how they behave and relate. Even researchers who do not share our worldview can offer insight that speaks to our nature as created beings.

We talked about this idea the workshop about a growth mindset - not a specifically Christian idea, but one that can help us as we teach and disciple our children.

Some of the ideas Pavlov and Skinner and other behavioral scientists share resonate with our own experience and observations as humans. The last food you ate before you got the stomach bug (and which you re-viewed over and over again in the subsequent hours) isn't one you're likely interested in eating again soon. 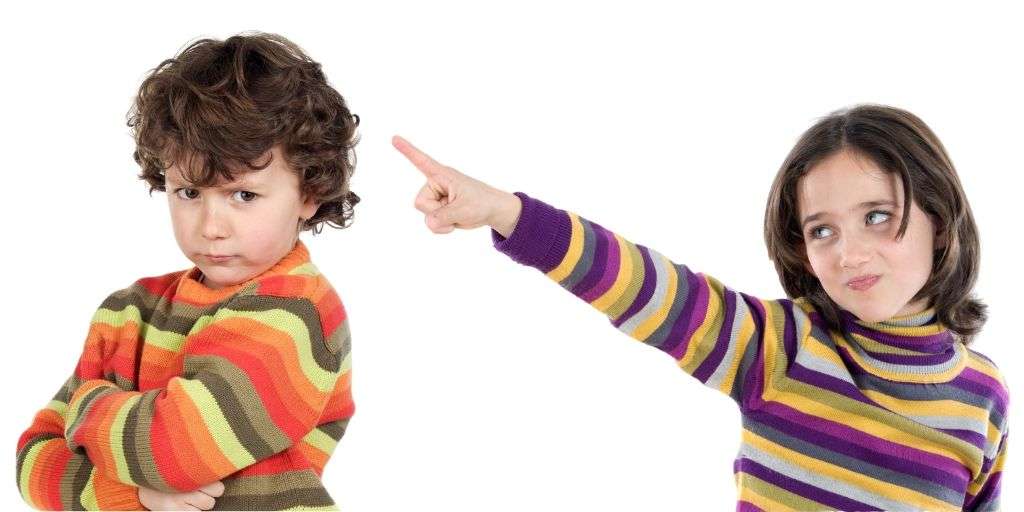 If your classmates laughed at you when you presented a project in school, you may not be very interested in public speaking. On the other hand, you may be more interested in ballet or piano if you receive a standing ovation or warm praise from friends and family.

But behavior modification does not adequately help Christian parents to understand the soul, spiritual development, or the work of the Holy Spirit in the life of a person - child or adult.

But the problem is that if your parenting methods are focused primarily on behavior modification, not only are you missing something important, you might actually be undermining your main goal without knowing it.

Our main goal is to reach our children's hearts, to understand where they're struggling, where their character needs support and growth, and where they need further gospel-centered instruction. An understanding of behavior modification can support this goal. But it can also counteract it if we aren't careful. 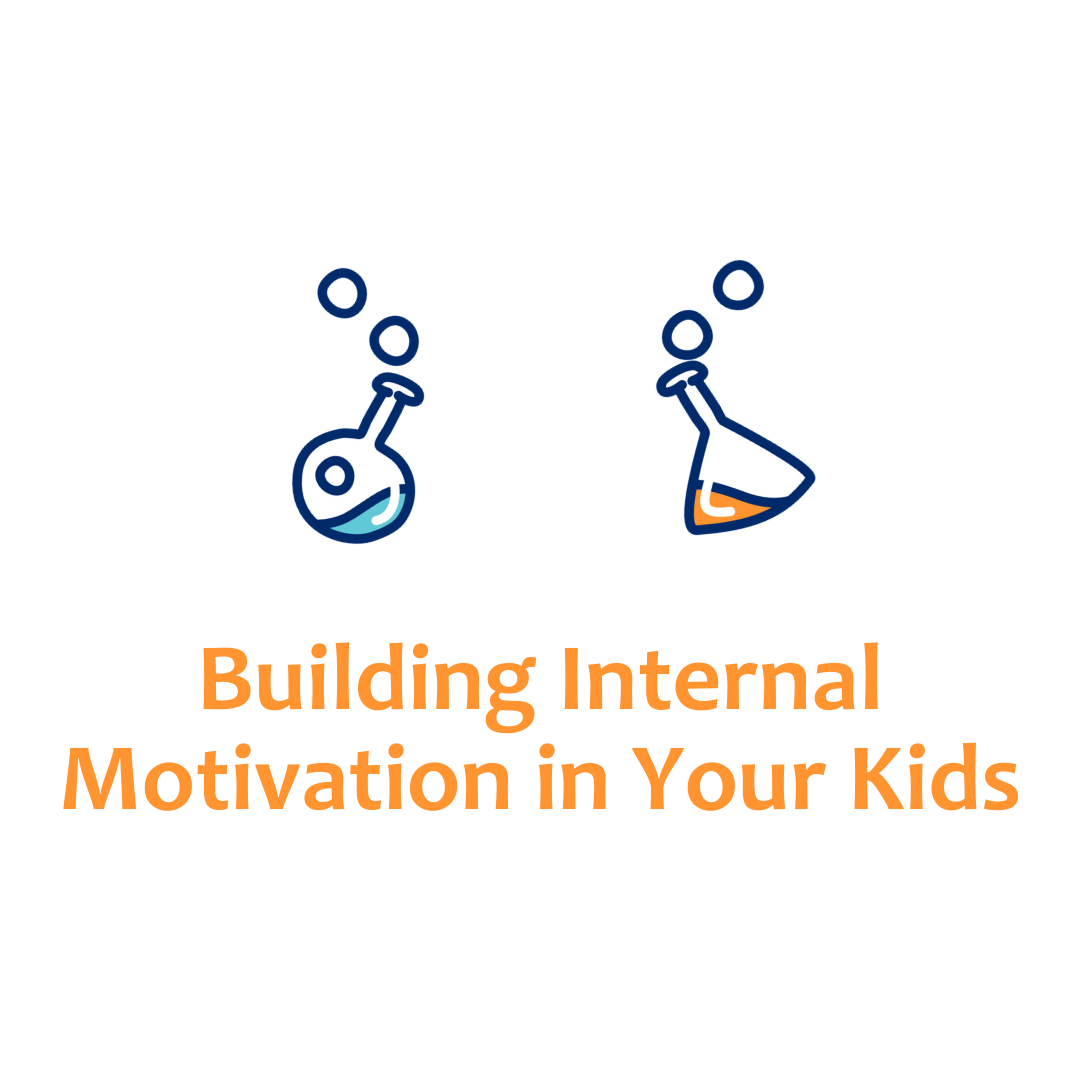 Do you ever feel like you burn a lot of calories running around behind your kids to get them to keep up with their responsibilities? Wonder if they’d do anything at all if you don’t remind them? Purchase this workshop in order to …

Do Not Feed the Beast

In his book "14 Gospel Principles That Can Radically Change Your Family, " Paul Tripp he tells a story about a boy named Josh who is unkind to his sister.  His parents tell him that if he can be kind to his sister for a certain period of time, they will give him a toy that he's really been wanting.

Surprise, surprise: Josh is able to be kind to his sister for that period of time. They buy him the toy and suddenly he's right back to his previous ways of being unkind to his sister.  Tripp shares this insight.

Although I'm sure Josh's parents are not consciously intending to do this. They are teaching Josh a skill they probably don't want him to have. It is the skill of moral economics. As the parental rewards are waved before him,  Josh will do a cost/benefit analysis. He will ask himself, "Is the reward they're offering me a big enough payment for the behavior they want from me?"

Dr. Scott Turansky of the National Center for Biblical Parenting talks about a very similar idea. He says that that an over-reliance on rewards or consequences can actually stymie moral character development. He said this is because it appeals to resident selfishness.

Sometimes when we use rewards and consequences, when we use external motivations to try to get our children to do the things that they ought to do or the things that we want them to do, we can actually be encouraging their attitude that what makes something good or bad is what they get out of it.

And so if our children are walking through life with the underlying mentality "All of the decisions I make are based on what's good for me and what I get out of it," then our system of rewards and consequences can actually inadvertently be fueling and strengthening that mentality. Instead of reaching the heart, we're feeding the beast and preventing moral and character growth.

So, how do you know if your parenting is overly-focused on behavior modification at the expense of a focus on the heart? Here are some red flags to look out for:

A Re-Focus on the Heart of Parenting 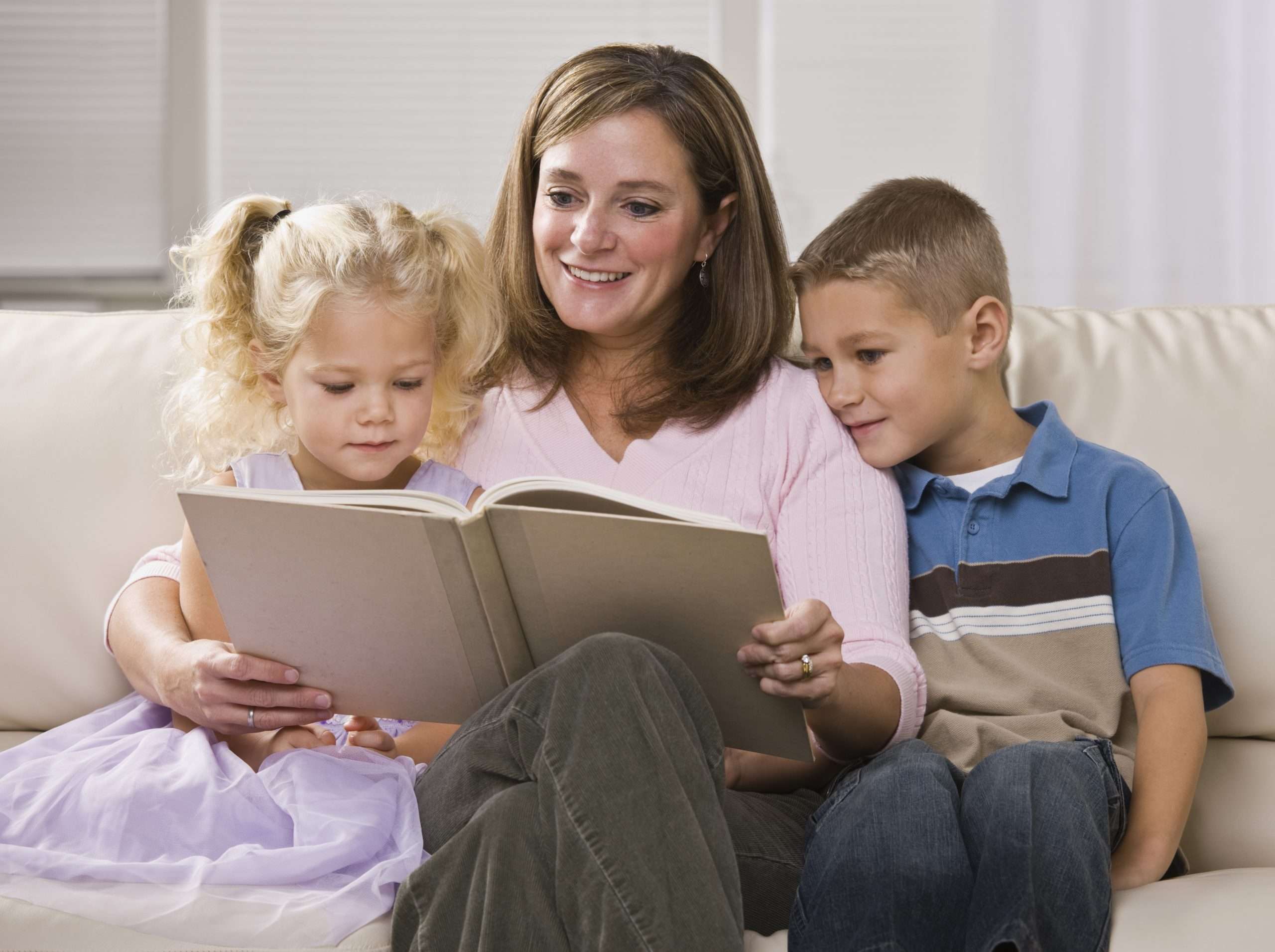 When we focus on heart-centered parenting and seek to support our kids in their journey of spiritual and character growth, we shift our focus not away from outward behavior, but beneath or behind the outward behavior. We focus on ...

Do you ever feel like you burn a lot of calories running around behind your kids to get them to keep up with their responsibilities? Wonder if they’d do anything at all if you don’t remind them? Purchase this workshop to learn …

You'll have access to the video replay, downloadable workbook, and the workshop transcript!